Welcome to our newsletter focusing on surviving against all odds through unwanted pregnancy with a story is inspired byone of the OIF Children, Joseph Ebeye, who is a product of child abuse and incest.

JOSEPH – SURVIVING AGAINST ALL ODDS

Adaeze looked out the window of the clinic as silent tears fell down her cheeks. The clouds were thick, dark and foreboding, portending a heavy rainfall; an exact expression of how she felt and the calamity that awaited her. She was 13 years old and 3 and a half months pregnant, worse still by her own uncle, her late father’s younger brother. What was she to tell her mum, how was she going to explain? She hated herself and uncle Idi so much. She just wanted to die. 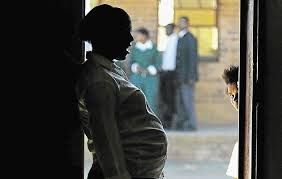 After the death of her father and younger brother in a motorcycle accident 8 months ago, she and her mother had to relocate to her father’s family house in the city where uncle Idi also lived, as her mother could not afford to continue paying the rent of the house where they lived as a family. She was devastated from the death of her beloved father and brother and almost as inconsolable as her mother. On the day of the funeral, as her father and brother’s coffins were lowered into the grave, she had cried heartbreakingly. It was then Uncle Idi had held her hand and then hugged her in consolation. He also said some kind words to her and reassured her of his continued support thenceforth. She had not been able to talk to her mum as she had been crying non-stop since their deaths. 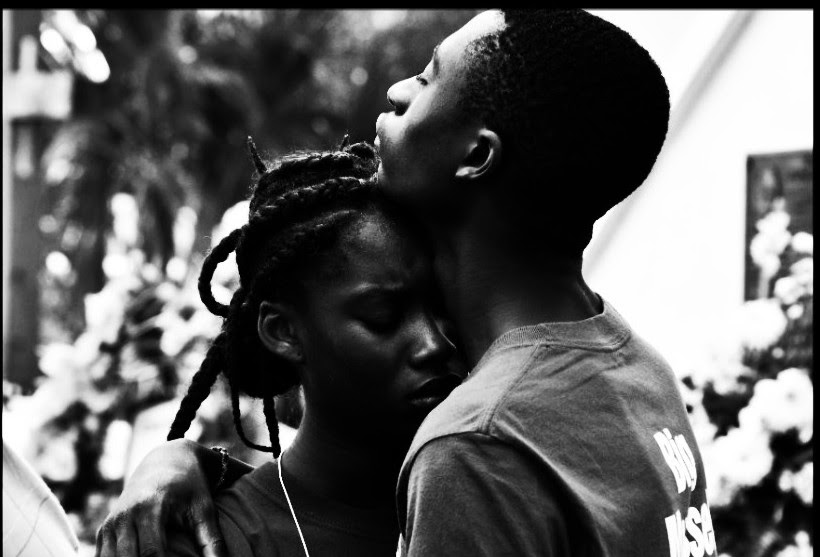 After the burial, Uncle Idi kept to his promise and had been so kind to her, seeking her out, talking to her and even buying her nice stuff to cheer her up. He even took her to the local eatery a couple of times to eat ice-cream, her favourite desert. She had not wanted to resume school as she still felt sad but uncle Idi convinced her otherwise promising to continue from where his late brother had stopped by paying her tuition fees and buying all she required to remain in school. She had begun to rely on Uncle Idi emotionally so much that she always sought him out after school whenever he was around. Shortly after, Uncle Idi started hugging her more tightly and kissing her initially on the cheeks and then gradually kissing her ever so gently on the lips until one night he took her to his room where she spent the night. After that day, he began to take her to his room whenever everyone had gone to sleep to spend the night. He told her that it was their little secret and she was not to tell anyone even her mother. If she told her mother, he would stop taking care of her and buying her things, he told her. So, she kept it to herself and continued to spend time with him – in his room at night.

A few weeks later, she started to feel tired and sometimes faint but she did not understand. Then, last week, she began to throw up in the mornings and then on Friday morning, she fainted whilst in class. She was rushed to the school clinic where she was revived and then transferred to the nearby general hospital where she was asked several questions and her blood was taken presumably for tests. They had gone to call her mother but she had overheard her school matron speaking to a nurse at the hospital saying “so she is already 3 and a half months pregnant”.

She heard her mother’s wail from the doorway and cringed as her mother came into the room with tears running down her cheeks
“How could you do this to me Ada…how could you”? Her mum cried.
“Who is responsible”? Her mother asked her repeatedly. She stared blankly at her mother, very confused. Who is responsible? What does that even mean? Responsible for what? She still did not understand what her mother was driving at by her question. She stared at her, confusion written all over her face. Then, her mother suspecting her daughter had no clue what she was driving at by her question, decided to rephrase it.
“Who slept with you”? “Who got you pregnant”? “Who touched you there”? Her mother yelled at her pointing at her lower part.
“Tell me now – who touched you down there!? She screamed at her.
“I will kill you today if you do not talk”, she yelled as she landed her a sharp slap across the face sending Ada flying away from her mother dazed as she saw stars from her mother’s slap. 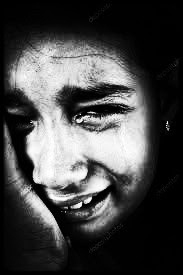 “It, it ,it..errr, it iiiissss Uuuncccle Idi. Uuunnnccle Idi touched me there”. Adaeze stammered as she rubbed her sore cheek, sobbing.
“Uncle kini”? Uncle who or what did you just say”!?
‘I say which uncle Idi?…. Tell me which Uncle Idi”?
“It is uncle Idi daddy’s brother”, Ada muttered.
“Eeeewooohhhhh”!! Her mother screamed and dropped to the floor as she fainted. The next thing she knew was waking up in a hospital bed. She felt dizzy and tried to recollect her thought. “What was she doing in a hospital bed? What happened to her”? All these questions were playing through her mind as the event of a few hours ago slowly came back to her and she started to sob silently. She shakes her head and sobs some more. 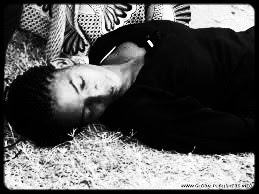 The next day, she was discharged from the hospital and went home amidst tears and totally shattered emotionally. As soon as she got home she went to the kitchen to pick up her late husband’s cutlass carefully kept in the kitchen cupboard. She was going commit murder today. She must kill this monster called “Uncle Idi” but before she finishes him, she must cut off his manhood, that stupid thing with which he impregnated his own brother’s child.
She dragged Ada along with her to uncle Idi’s room. Uncle Idi spotting them from his room window tried to hide but it was too late as Ada’s mother yelled “Idiii, stop there”! “You are going no where. You must explain what you have done to my daughter today otherwise amadiohra will strike you dead”!!  Uncle Idi vehemently denied ever touching Ada, claiming that as everyone was aware he only kept her company to cheer her up after her father’s death and even called Adaeze a liar to her face and told her to name the boy that impregnated her.
“How exactly did you keep her company, Idi, how”? asked, Ada’s mother. “I would read to her, tell her stories about her father, stuff like that”, uncle Idi responded. Adaeze stared at her uncle Idi in utter shock and disbelief. She wanted to die. “Did he just lie about what he did to me”? She thought to herself as she cried some more. Everybody living in the family house called her names and accused her of falsely accusing Uncle Idi. Her mother alternately blamed her and cried daily. She also had to stop school because her school did not permit pregnant students.
She tried to run away from home once but was found by her neighbour and from then onward, she was grounded – never to go outside the house or compound again. She then tried to commit suicide and the same neighbour caught her drinking bleach when she raised an alarm and she was rushed to the hospital where she remained for about one week before being discharged. When she returned home, she would violently hit her stomach in the hope that it would result in a miscarriage but this had no effect on the baby. So, she accepted her fate and time just rolled by until 9 months later when she gave birth to a bouncing baby boy who was the exact image of Uncle Idi. He even had dimples like Uncle Udi.
After the baby was born, people began to look at Uncle Idi suspiciously and a family meeting was called where he was told to swear that he never touched Adaeze or face the curse of the ancestors and wrath of amadiohra. It was then he confessed that the baby was his own and he never expected her to get pregnant as he had questioned her and she said she had not begun her menstrual period. The family rained curses on him and sent him out of their home.
The child was named Joseph Idi Eweka by her mother, who like Joseph in the bible, had suffered a lot of misfortune whilst in the womb and had survived against all odds. Adaeze’s mother finally forgave her and admitted her own fault, as she had been consumed by grieve and had totally neglected her only surviving child. She realized that if she had been there for Ada, emotionally, psychologically and physically, she may never have turned to Idi for those needs. She resolved to become an active and positive part of her daughter and grandson’s life. She encouraged Adaeze to return back to school and raised capital from friends and family to begin a business. She also moved out of the family house into a little apartment where she cares for her daughter and grandchild hoping for a better future.
This story is inspired by the true story of one of the OIF Children, Joseph Ebeye, who is a product of child abuse and incest. His mother was impregnated by an “uncle” at the age of 12. She had Joseph when she was 13 years old. Today, Joseph is 3 years old, currently in kindergarten and lives with his grandmother in Agbor, Delta State, whilst his mother has returned to school to further her education.
The OIF would be pleased to have you join us in making a difference. We will appreciate your support towards our initiatives either by donating, sponsoring a GGISSG awardee or any of our other projects, subscribing to/ purchasing our bi-annual magazine “MINDS” or partnering/ collaborating with us. It all depends on how far you can go.

To support our cause, please find below the OIF account details:

Sceptre Legal Services is the preferred law firm that represents The Obi Ikenchukwu Foundation in all legal related matters.

The Mystery of Motherhood – Dedicated to a mother whose love still nurtures the world she left behind, Queen Grace Ikenchukwu.