Welcome to our newsletter discussing hypothetical scenarios which are actually real life experiences of women, raise the morality question of “whether or not a man can be said to have raped his wife where she did not consent or after she withdraws her consent?” 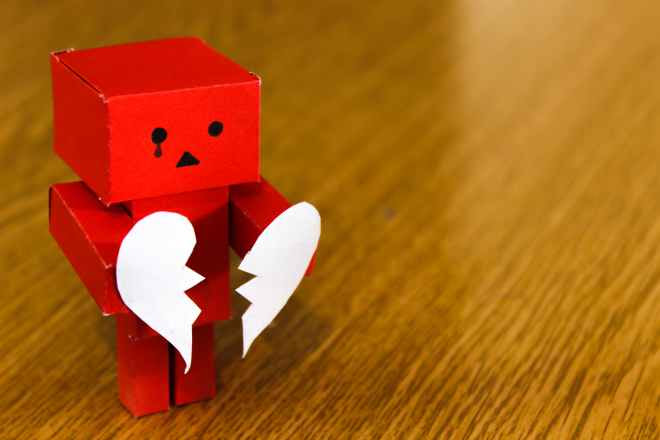 When you hear a married woman say “My husband raped me”, the reply is often laughter and scorn for the woman and words like;

“How can your husband rape you?”

“Is it possible for a man to rape his own wife?”

“Why did he marry you in the first place?”

It has become a common parlance in the Nigerian pidgin for people to say “them no dey put mouth for husband and wife matter” translated to mean “Don’t interfere when a man and his wife have disagreements”. This goes to show the extent people are reluctant to interfere when issues arise between a married couple. Below are hypothetical scenarios to throw more light on our discussion:

STORY ONE
Cynthia breathed heavily as she faced her husband in the room. He was demanding for another round of sex, after going 2 rounds already in one night. When he was like this, he did not seem to see reason anymore and she was scared. He was fond of taking sex enhancement drugs and alcohol on nights when he wants to get to cloud nine and unfortunately it was her body that suffered. Once, she had bled badly and had to be stitched. She could not take it anymore today having already suffered at his hands the two times. Now he wants to continue on her poor body. Never! Not again – at least, not tonight. She told him no. He couldn’t believe it and he even laughed. He didn’t hesitate to overpower her and have his way with her until she bled…

STORY TWO
“Please dear, I cannot accommodate you tonight… I am very tired, let’s do it tomorrow…”. Tony could not believe what his wife, Aneka just told him. “She could not accommodate him tonight?” Did she even understand what she just said? Does a wife refuse her husband just because she is tired? In fact, what is she tired of? He pays the bills and meets her needs and she is saying she is tired, that is why she cannot give him sex. If she asks him for money, he does not say he is tired of giving her money, he makes sure to get it and she is saying she is tired. What utter rubbish, he thought to himself and repeated it out loud to “Aneka. I want sex and I am having it now”, he growled. A scuffle ensued as he grabbed her and started pulling off all her clothes… He even closed his ears to all the “Tony please…” as he had his way with her.

STORY THREE
The neighbours heard screaming and shouting from the second floor and concluded that the Alegbes were at it again. The man was a beast. He would beat up his wife black and blue for whatever reason and humiliate her by having sex with her whilst screaming at her to give him a son as she is useless in every other thing, but at least getting pregnant and giving birth should be natural. Eventually after all the furor died down, he would be seen carrying his bloodied wife away, presumably taking her to the hospital only to do the same thing to her some weeks later. The neighbours often wondered why she never left the man but took all that beating and humiliation.

STORY FOUR
Cynthia woke up at about 4am and knew that it had happened again whilst she was asleep. Ken, her husband seems to enjoy having sex with her whilst she is fast asleep and totally dead to the world. She has told him many times not to have sex with her when she is unable to consent to or participate in it. It amounts to rape, she once told him but he just ignored her. Sometimes, he would apologise and promise not to do it again but those were just empty talks as he continued to satisfy this crazy desire of his by having sex with her in her sleep. She is now tired of this and has asked him for a divorce but his words were “over my dead body would I give you a divorce”. So, the nightmare continues. Sadly, society does not encourage having such discussion and she has no parents or siblings to confide in. Cynthia feels so lonely in ‘this thing called marriage”. 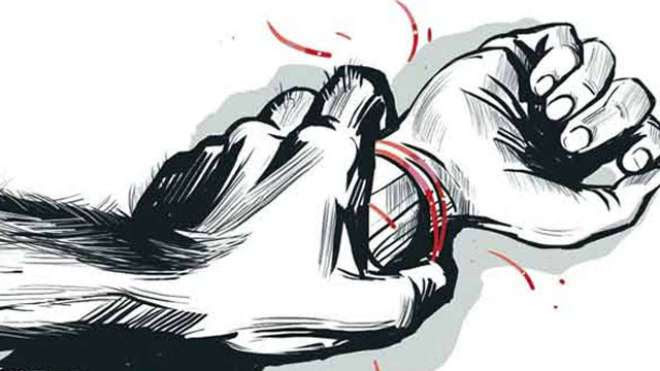 RAPE AND THE LAW 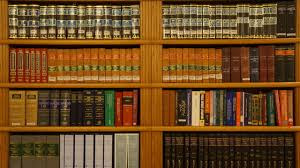 What actually is rape? Is it manhandling a woman in a sexual nature or what? Let us examine the provisions of the law.

Section 357 of the Criminal Code Act provides that “Any person who has unlawful carnal knowledge of a woman or girl, without her consent, or with her consent, if the consent is obtained by force or by means of threats or intimidation of any kind, or by fear of harm, or by means of false and fraudulent representation as to the nature of the act, or, in the case of a married woman, by personating her husband, is guilty of an offence which is called rape” and section 6 defines unlawful carnal knowledge as “that which takes place OTHERWISE than between husband and wife: and the offence is complete upon penetration”

The Penal Code provides in section 281 (1) that a man is said to have committed rape in the following circumstances “has sexual intercourse with a woman (a) against her will (b) without her consent (c) with her consent when her consent has been obtained by putting her in fear of death or hurt; (d) with her consent, when the man knows that he is not her husband and that her consent is given because she believes that he is another man to whom she is or believes herself to be lawfully married; (2) Sexual intercourse by a man with his own wife is not rape, if she has attained to puberty.

From the provisions of the law above, it can be gleaned that rape takes place when a man has sexual intercourse with a woman without her consent, or with her consent by duress, threat or misrepresentation. Sex with a married woman however, by her own husband, cannot be considered to be rape UNLESS where such act is by another man who is NOT her husband but misrepresents himself to be her husband and by such fraudulent act obtains her consent. It is clear from the above that rape can only take place between an unmarried man and woman. The position of the law in Nigeria suggests that forced sexual intercourse between a man and his wife is not rape as it is presumed that the consent of the woman was obtained through the contract of marriage. However, despite the provisions of the law, can we still say, in light of the four hypothetical scenarios given above that a man cannot rape his wife? 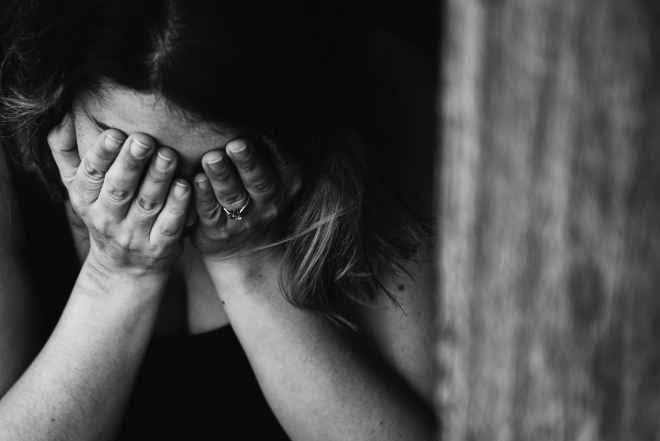 Let us examine the law on marital rape in the United Kingdom. Prior to 1992 and by the Common Law, forced sexual activity within a marriage was not illegal, as a husband could enforce conjugal rights on his wife without committing an offence based on the belief that a wife had provided their ongoing consent through the contract of marriage. The case of R vs. R which was heard in the House of Lords in 1991 changed the law to the extent that it determined that under UK law it was possible for a man to rape his wife. The courts ruled that, even within a marriage, any non-consensual sexual activity is rape. The punishment for marital rape varies from 4 – 19 years depending on the aggravating or mitigating factors surrounding each case. The act of marital rape can also be committed by those who cohabit as spouses even though not legally married.
For the act of marital rape to be established, the prosecution must prove that:
The Lagos State domestic violence law (The Protection Against Domestic Violence Law 2007) takes a similar approach to the law on marital rape in the United Kingdom and gives some hope to likely victims. It goes beyond the parameters of marriage set by the federal laws by defining sexual abuse as “any conduct that abuses, humiliates, degrades, or otherwise violates the sexual integrity, or dignity of the victim”. So women who have been violated sexually by their husbands may take cover under this law – in Lagos State. 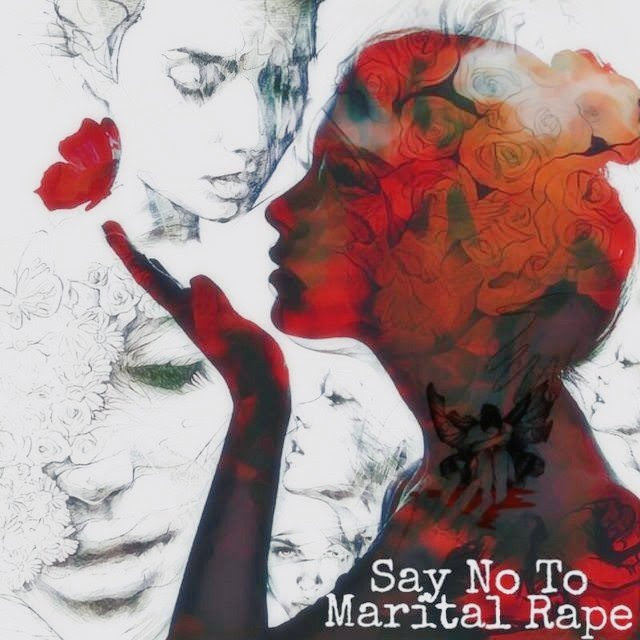 From the provisions of the law we see that where a woman is married under the law and custom of Nigeria, her husband cannot be held to have raped her if he has forced sexual intercourse/activity with her. However, our hypothetical scenarios which are actually real life experiences of women, raise the morality question of “whether or not a man can be said to have raped his wife where she did not consent or after she withdraws her consent?”
We leave you to be the judge. We would be happy to get your opinions on the above matter by replying our mail. You can also leave your comments on the blog section of our website.
The OIF would be pleased to have you join us in making a difference. We will appreciate your support towards our initiatives either by donating, sponsoring a GGISSG awardee or any of our other projects, subscribing to/ purchasing the 4th edition of our annual magazine “MINDS” which is set to be published in November, 2018, or partnering/ collaborating with us in making our annual event a success. It all depends on how far you can go.

To support our cause, please find below the OIF account details:

Sceptre Legal Services is the preferred law firm that represents The Obi Ikenchukwu Foundation in all legal related matters.