HRM. OBI IKENCHUKWU I OF AGBOR KINGDOM – THE RELEVANCE OF THE WORDS OF A KING, 40 YEARS AFTER HIS DEMISE

When Prince James Ikenchukwu Obika was born on 04 December 1938, it was not intended for him to be king. In fact, he never wanted to be king many years later when he was told he had been chosen and was to be crowned king of the ancient Kingdom of Agbor in the Midwestern region of Nigeria. Following the death of the then heir apparent to the throne, his older brother, Prince Oshielele Obika in 1952, it became apparent that the kingdom would require a new king upon the departure of the reigning king, HRM. Obi Obika.
The story was that two Princes were born around the same time but the birth of Prince James Ikenchukwu Obika was first announced to the king and so, the lotfell on him. It was further said that upon his failing health and shortly before his demise, HRM, Obi Obika, in order to avoid impending conflict between his two sons, wrote on a piece of paper his preferred son and choice of the oracle, Prince James Ikenchukwu Obika to succeed him upon his own demise. This in a nutshell was the history of the crowning of Prince James Ikenchukwu Obika who was bundled from Lagos to be crowned the 17th Obi of Agbor Kingdom in 1967 following the death of his father in July and in December 1968, he was officially crowned alongside his wife and Queen, HRH. Queen Grace Ikenchukwu. 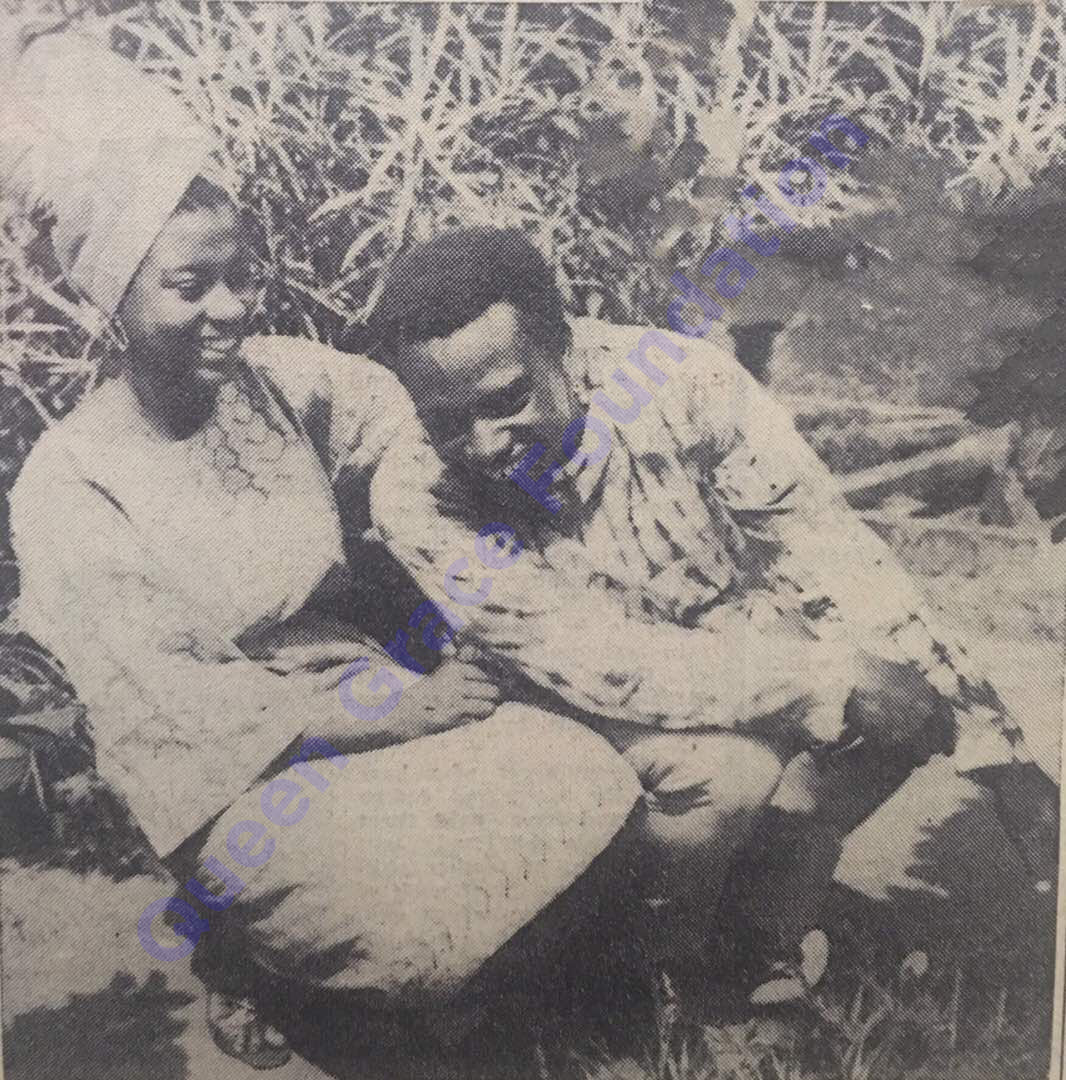 The Monarch and his Queen lived very brief lives but he made a significant impact even within that short period. His contributions to the development of Agbor Kingdom remain unrivalled to date and his popularity went beyond the shores of his Kingdom having spent most of his life in Lagos before and after his coronation. Although he did not live long enough to reap the fruits of his labour, his people continue in his footstep and his legacy lives on in QUEEN GRACE FOUNDATION (QGF), aka, the OBI IKENCHUKWU FOUNDATION, a Charity established to honour his and his wife’s memory. The QGF continues with works that benefit the Orphan/Girl Child and Female Victims of Violence. Being established in honour of a First Class African Monarch, we naturally also promote the African Arts and Culture. We are confident that our aims and objectives are what the Monarch and Queen would have expected of us and it is what we intend to continue to do to keep their memory fresh at HOME and ABROAD.
Below are some of the words of HRM. Obi Ikenchukwu I of Agbor Kingdomwho was crowned King in December 1968 at the young age of 29 making him one of the youngest Monarchs of that era:

“It pays to mix with the people instead of being an overlord, although I reign, it is the people who rule”;

“…those who advocated for traditional rulers to be installed from the age of 50 cannot be termed unwise…”;

“…when a young man is crowned, he is expected to live the life of an old man, when he lives his age, a conflict is created that can result to chaos”.

Those words are EVERGREEN and remain RELEVANT today. The Monarch spoke those words because he was himself a young man when he was crowned king. Little did he know that he would someday become the father of the youngest ever crowned Monarch in the world. 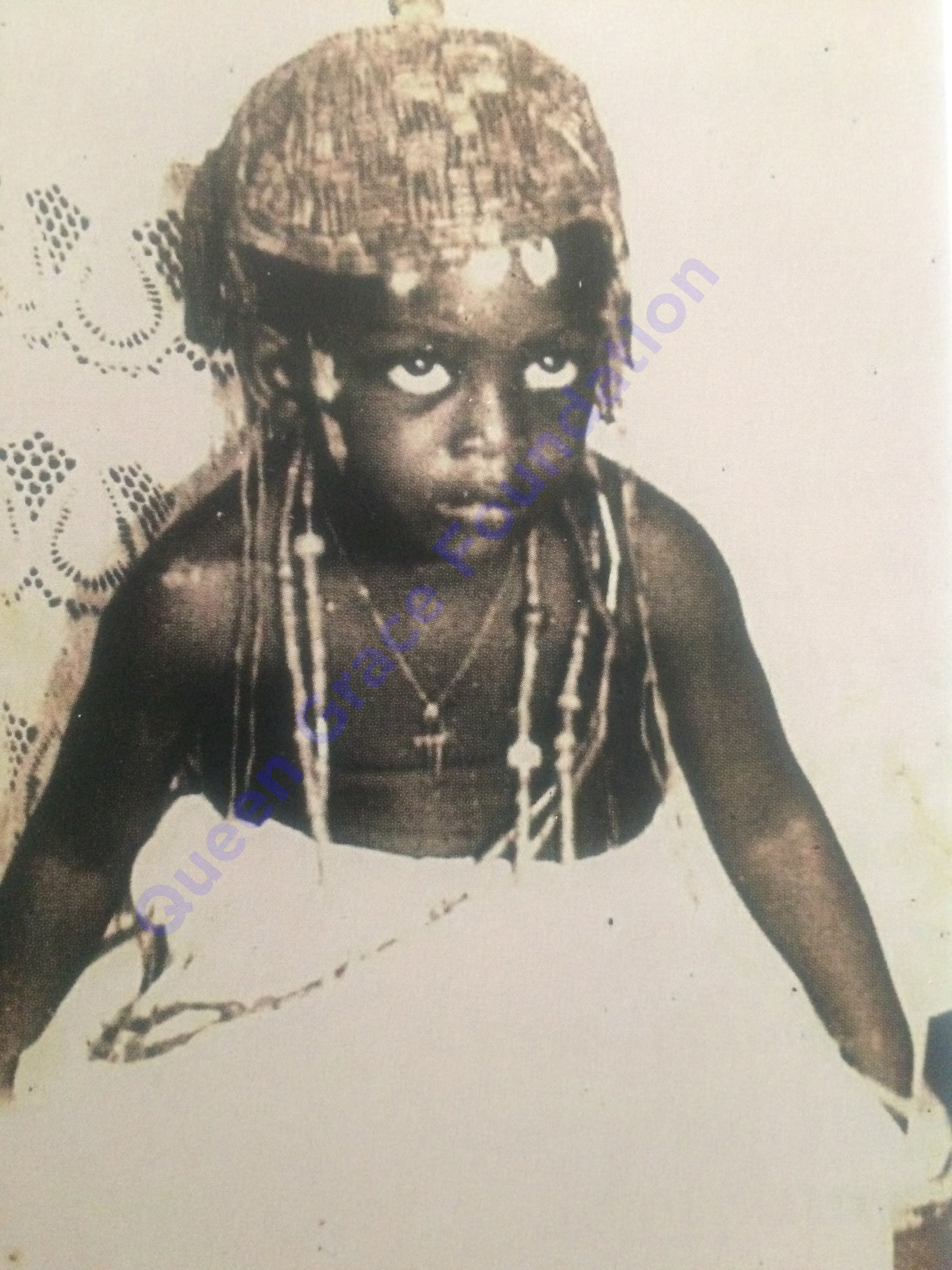 The Monarch no doubt loved his Culture and served his people with all he had. He believed in the power of TOGETHERNESS, CULTURE AND COMMUNITY. The question is – “does the CULTURE of today accord with the purpose and intent of the Monarch and what would he make of it if he were here with us”? I spent four years in Nigeria and ensured I was in Agbor as much as I could. Whilst my experience was not exactly encouraging, like my father, I love my CULTURE and believe that we lack IDENTITY without one. So, following in the footsteps of my father, I will do all I can within the premise of the QGF, to continue to promote my Culture specifically and the African Arts and Culture in general. I encourage everyone, especially the youth, to do the same.
I will end this newsletter with the wise words of one of Africa’s most renowned writers, authors and poets – CHINUA ACHEBE:

“A man who calls his kinsmen to a feast does not do so to redeem them from starving. They all have food in their own houses. When we gather together in the moonlight village ground, it is not because of the moon. Every man can see it in his own compound. We come together because it is good for kinsmen to do so…”.
Therefore, to the people of Agbor Kingdom and indeed everyone, everywhere, I urge you all, let us continue in the team spirit and enjoy the power of togetherness. Let us smile not because we do not have problems but because we are stronger than the problems.

NOTICE: Please note that following the need to re-brand and maximize its full potential, the Foundation’s name, has formally been changed from the Obi Ikenchukwu Foundation (OIF) to QUEEN GRACE FOUNDATION (QGF). We wish to assure you that our ideals and goals remain the same only with a new identity.We are counting on your support as we begin this new phase.

To support our cause, please find below the QGF account details (Please note that our old accounts remain valid and be assured that our bankers are currently working on changing the name of our accounts to reflect the new name):

N.B: For any legal advice/opinion please contact Sceptre Legal Services via any of these numbers 08098300333.

THE BITTER-SWEET SEASON – which way Nigeria?

My School And I